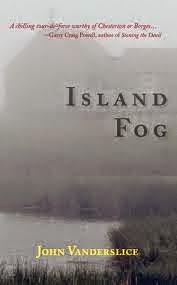 Summary:
This thematic, novel-length collection of stories, is set on Nantucket Island, Massachusetts.  Nantucket as we know it began as an English settlement relatively early in the colonial period of the United States.  In the heyday of its nineteenth century success as a whaling center, the island, for being as small as it is, was quite the cosmopolitan center.  Sailors from across the globe mingled with the mixed local population of descendents of the original English settlers, black Americans, an native Americans.  Today too Nantucket is known as being especially open to visitors from around the world. When one travels there, one feels that one is no longer in the United States but in a culturally indistinct, in-between land, somehow equidistant from North America, the Caribbean, and Northern Europe.

Island Fog by John Vanderslice is a collection of short stories set in Nantucket Island, Massachusetts spanning through the decades of 1795 to more present 2005. A collection of short stories, set in within a historical fiction setting with the first half of the book.  With historical fiction the setting is the most important literary element. The reason for this is because the author is writing about a particular time in history so the information that he is writing about must be accurate, authentic or both. The time period must be thoroughly researched create a authentic and accurate setting in the book. The author must get the idea, the feeling, learn how the people ate, what kinds of homes they had and artifacts that are common. John Vanderslice has done just that.  He portrays "the awful weight of history pressing down upon the island" with the feeling that "time has stopped or has circled around on itself”.

The other half of the book is more contemporary. The author portrays a sense of realism within his characters as well as the situations that are depicted. You get a sense of the situations that depict our world and society. Confronting personal and social problems and coming to understand themselves and others in a complicated and difficult time. 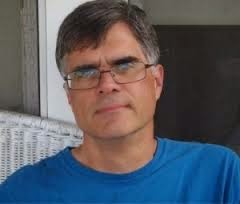 Teaches in the MFA program at the University of Central Arkansas, in Conway (about 30 miles north of Little Rock).  His fiction, poetry, and essays have appeared in Seattle Review, Laurel Review, Sou’wester, Crazyhorse, Southern Humanities Review, 1966, Exquisite Corpse, and dozens of other journals.  Has also published short stories in several fiction anthologies, including Appalachian Voice, Redacted Story, Chick for a Day, The Best of the First Line: Editors Picks 2002-2006, and Tartts: Incisive Fiction from Emerging Writers.

Want to know more or keep up to date:

What Others Had To Say:

"This island feels like some mad doctor’s lab experiment”—so says one of the fictional residents of Nantucket Island, the setting of John Vanderslice’s extraordinary story collection Island Fog.  But Vanderslice is by no means a mad doctor, though he is definitely one insanely talented writer.  In the eleven literary experiments that comprise his book, he brilliantly parses the soul of America from 1795 to 2005 through the microcosm of Nantucket Island.  To borrow the words of yet another of his characters, he conveys “the awful weight of history pressing down upon the island” and conveys it so viscerally that we feel that “time has stopped or has circled around on itself” and we are “back inside that living spiraling body, that awful protean force” that was, and is, not just the island but America.  This is a book that anyone interested in the grand, failed experiment that is America should read.  It will open your eyes, and your heart.

John Vanderslice’s debut collection is a whopping cycle of beautifully crafted stories spanning over two hundred years of Nantucket history, each emerging from the fog of the past crystal clear, complete, and poignant. Reading Vanderslice’s stories, it’s as if Ishmael has never boarded the whaleship Pequod in Nantucket, as if he’s remained island-bound to tell these far-reaching, masterful tales. In a gripping, surreal novella reminiscent of Kafka’s The Trial, Vanderslice opens the collection in 1795, during which a consortium of religious oligarchs use a bank robbery as a kind of witch hunt to consolidate power. In “King Philip’s War,” the narrator challenges a Native American boy in a footrace whose outcome is more onerous than he can imagine. From the travails of whaling widows, to a ship’s Captain who must resort to cannibalism to survive on the high seas, to an African-American school teacher stalked by her students, we see Nantucket’s earliest European and native inhabitants struggling to find a place in this island community. In part two of the collection, beginning in 1999, Nantucket transforms from a site of colonization and industrial whaling to a tourist town, dead and haunted in its off-seasons, a crossroads for people running from others, and from themselves. A carpenter struggles with a “fog of soporific recollections” at the death of his wife and child.  A man flees a love affair in Boston to establish a company giving ghost tours, only to be haunted himself. Jamaican immigrants find veiled resentment. The titular novella bookends this richly realized collection. In it, a young man flunking out of U Mass finds himself on a purgatorial visit to Nantucket, where he is hired to participate as an actor in “Hopes and Promises” tableaus that reenact customers’ past moments of deepest desires and regrets. Read this book! Rarely have I enjoyed a story collection with such artistic and historical sweep, one so quintessentially and vibrantly American.

—Wendell Mayo, author of The Cucumber King of Kedainiai: Fictions

John Vanderslice's Island Fog is far more than just a collection of stories. Tied together by a place and its history, the collection tells the story of Nantucket Island through the desperate lives and conflicts, hopes and sorrows of its inhabitants. I began reading the collection assuming it was for folks who have known or loved Nantucket and by the third story I was convinced that Island Fog is for anyone who loves good stories, beautifully told, with a good slice of the twisted history of humanity thrown in.

—Robert Hicks, author of The Widow of the South and A Separate Country

In this quirky yet captivating collection of ten stories and two novellas, all set on Nantucket, the island is both microcosm and prism, through which the reader catches illuminated glimpses of American life, from the hard, dangerous times of the whaling community to the present-day tony resort of the super-wealthy—and yet the same problems beset the inhabitants through the centuries: racism, class exploitation, sexual identity, envy and fidelity. The essence of all the fictions is “the awful weight of history pressing down upon the island”, and in a twenty-first century America struggling to reconstruct its identity, the reader cannot but hope that the idyllic and mythic island might give us a clue about who we are. And yet in the final novella, “Island Fog”, a chilling tour-de-force worthy of Chesterton or Borges, we find ourselves in a place so far from reality that, like its hapless and trapped protagonist, we wonder if we are doomed to play parts in someone else’s fantasies forever. John Vanderslice is a writer of vision and this is a haunting, essential collection. 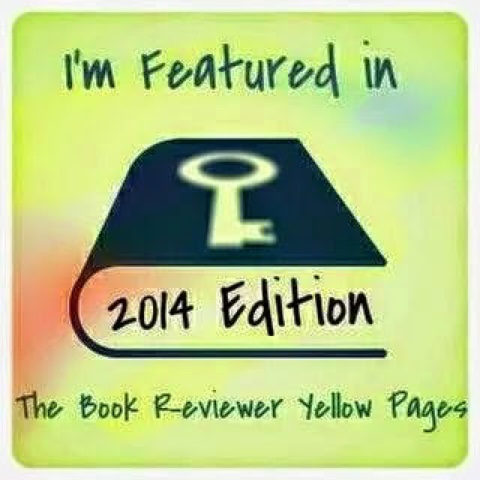 Popular posts from this blog


Description:
What happens when the glass slippers pinch Cinderella's toes? When Jaine Andersen proposes a new marketing role to the local amusement park, general manager Dylan Callahan charms her into filling Cinderella's glass slippers for the summer. Her reign transforms Jaine's ordinary life into chaos that would bewilder a fairy godmother. Secretly dating her bad boy boss, running wedding errands for her ungrateful sisters, and defending herself from the park's resident villain means Jaine needs lots more than a comfy pair of shoes to restore order in her kingdom. First in the Storybook Valley series, a blend of sweet romance, chick lit, and fairy tale fun.

Publication date: September 9, 2019Publisher: Barlow BooksLanguage: EnglishASIN: B07WR1GMVB
Book Description:
A forbidden marriage, jealous colleagues, the struggle for power, and murder. It’s a story as old as time —and as old as Shakespeare. Modern day Manhattan. A hundred-hour-plus workweek, minimum.  No complaints. TGO fed you and, if necessary seduced and bedded you in order to service the clients and their enormous deals. No question this was home, though this was not family. This was better than family.  And Odell was their leader. Enter into the life of Odell Moore, one of New York’s most successful lawyers, an African-American who finds his life turned sideways when he meets the woman of his dreams. Dee is the southern white daughter of one of Alabama’s elite, a racist with possible ties to the KKK. Her father’s anger about their inter-racial marriage force them to…
Post a Comment
Read more

Book Review of How to be an International Spy: Your Training Manual, Should You Choose to Accept it (Lonely Planet Kids) by Author: Andy Briggs

October 31, 2015
How to be an International Spy: Your Training Manual, Should You Choose to Accept it (Lonely Planet Kids)Author: Andy Briggs Age Range:8 - 12 yearsSeries: Lonely Planet KidsHardcover: 160 pagesPublisher: Lonely Planet; 1 edition (October 1, 2015)Language: EnglishISBN-10: 1743607733ISBN-13: 978-1743607732
Book Description:
There's no going back, Agent. Once you enter this book, your training will begin as you join the secret world of spies. You'll rise through the ranks from recruit to secret agent, learning a host of skills to put into covert operation immediately. Get the scoop on some of the biggest agencies in the world, discover the coolest gadgets out there, crack some fiendish codes and lots more. For aspiring spies aged 8 years and up. Great for on-the-road entertainment. Authors: Lonely Planet Kids About Lonely Planet Kids: From the world's leading travel publisher comes Lonely Planet Kids, a children's imprint that brings the world to life for young explorers ev…
Post a Comment
Read more